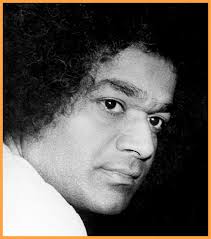 Swami’s divine plans are always enveloped in humble beginnings. This holds true for the journey of Chelmsford Sai Center as we know it today. It took birth in the year 1984 as a small bhajan group at the home of a devotee in Westford, MA bringing together three families with a longing to sing for Swami and only a pair of cymbals to add to the music that arose from their hearts. Inspiration to experience Swami with the larger Sai family led them to attend the Akhanda bhajans organized by Brookline Sai Center, the only official center in the Boston area at the time. Gradually, the number of devotees attending the weekly bhajans increased. Devotional singing was still the primary thread that brought the group together. The journey had just begun.

As Swami’s divine plan unfolds, a new chapter begins in the year 1990 with the introduction of SSE classes for children and study circles for adults. In the year 1995, Swami’s grace lands the group with an opportunity to cook and serve meals at the Lowell Transitional Living Center, an activity that continues till date. With all the preliminary seeds sown the group received the official status of Westford Sai Center under the auspices of the Sathya Sai Organization, USA in the year 1996. This heralded the beginning of a new era in the history of the center.

With Swami’s Grace, Westford Sai center slowly grew from strength to strength expanding and improving activities in all its three wings (devotion, service and education). In 1998 the center moved to a devotee’s home in Billerica to be renamed as Billerica Sai Center. Swami’s love continued to pour in. After almost fourteen years, in the year 2012, it moved to its current location in Chelmsford to be rechristened as Chelmsford Sai Center. The journey of the center from Westford to Billerica to Chelmsford is a saga of Swami’s love and blessings of the founding members that continues. A lot is yet to unfold as the center cruises forward with the Divine orchestrator carefully transforming individual hearts.